Presentation of the WAVE action plan

IRAD General Manager presides over the presentation ceremony of the action plan for the fight against cassava viral diseases of the WAVE programme, on 18 May 2021 in Yaounde.

In the presence of experts of the cassava sector, representatives of development partners and sectoral ministries, the Director General of IRAD, Dr Noé WOIN, solemnly launched the presentation of the action plan for the control of viral diseases of cassava of the Central and West African Viral Epidemiology for Food Security (WAVE) programme, on Tuesday, May 18, 2021, at the Institute's Hall of Records in Yaounde. 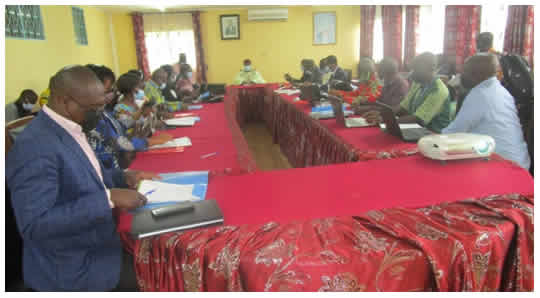 Opening of the meeting by the DG

The African cassava mosaic disease caused by Germinviruses is the main constraint to cassava production. It can lead to a 40 to 70% loss of yield, which can result in an annual economic loss of 2 to 3 billion dollars (about 1000 to 1500 billion FCFA) for sub-Saharan Africa. In addition, the cassava brown streak disease, which is rampant in East Africa and is spreading to Central and West Africa, is adding to the threat to production, with losses that can reach 90 or even 100%," the IRAD Director General said at the outset of his speech at the opening of the seminar, which focused on the strategy for combating viral diseases of cassava.

And aware of the seriousness of this situation, according to Dr. Noé WOIN, "IRAD is involved in several projects and programmes to improve cassava productivity and fight against viral diseases". Among them is the WAVE programme, based in Abidjan (Côte d'Ivoire).

Through this programme supported by the Bill & Melinda GATES Foundation (USA), IRAD's biotechnology laboratory has focused on the characterisation of plants, viruses and other plant pathogens. 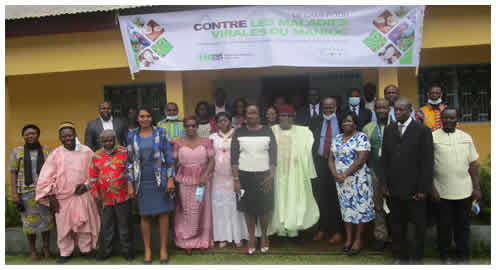 For some reason, the WAVE programme focuses on cassava mosaic disease control and cassava brown streak prevention. In order to preserve Cameroon from the latter disease with very devastating consequences, IRAD researchers have set up a protection and response plan.

According to the organisers, this conclave enabled participants to improve their knowledge on cassava viral diseases, to be briefed on the action plan for effective management, mitigation and control of cassava viral disease threats, to define the role and responsibility of stakeholders in the prevention of cassava brown streak and to identify the next steps for the implementation of the valuable document.