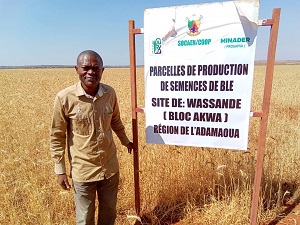 On Monday, January 9, 2023, an inter-ministerial mission (MINEPAT, MINADER and MINRESI) led by MENDO Paulin, Head of Division of Economic Analysis and Policies at MINEPAT, visited with satisfaction some wheat seed plots of IRAD in Adamaoua.

The missionaries were amazed and encouraged the Institute headed by Dr. Noé WOIN to go ahead and provide Cameroonian millers with highly breadmaking wheat varieties, thus enabling the State to overcome the problem of importing flour from this cereal, which is very costly to the country's currency. 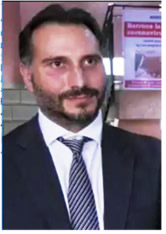 On July 13, 2022, the expert and Head of Technical Assistance Unit of the General Secretariat of the OEACP (EU body), on a working mission in Yaounde, Alessandro BELLO, did not hide his wonderment at the quality of the researchers and managers of the Institute he met as well as the convincing results of the research that go beyond Cameroon that he had to touch with his finger, during a visit to the laboratories (LASPEE, LTAA) of the structure headed by Dr. Noé WOIN. Noé WOIN under the impulse of MINFI headed by Louis Paul MOTAZE and MINRESI managed by Dr. Madeleine TCHUINTE. Read more!
"At the end of our visit, we note that IRAD (Agricultural Research Institute for Development) has a lot of potential and does many things with the means at its disposal. It is really an institute that brings development in many sectors of activity in Cameroon. We were amazed by this enthusiasm and the convincing results. IRAD has a very high quality and qualified staff (researchers), with competent leaders. We saw incredible potential in the human resource.
However, this institute needs the means to improve its infrastructure and research laboratories in order to acquire the experience that the country needs for its emergence. Within the framework of the programs of the Organization of African, Caribbean and Pacific States (OEACP), our objective is to help the Ministry in charge of Scientific Research and Innovation (MINRESI) to develop the strategy of research and innovation for the country, having an impact in the development and in the Research, because it is the engine of the economy that contributes to the creation of wealth. Therefore, we have no doubt that with a little more effort IRAD will be the locomotive of Cameroon. The one that will further boost national economic development.
And in the same logic, after their passage at IRAD, Mrs. Vanessa CASADELLA acknowledges to Canal2 International that: "The potential for innovation is real. We have really seen the extent of IRAD's activities in the country, but also their impact in Africa as a whole. We are now going to encourage and accelerate through concrete tools to be able to fluidify the elements between the tools. And, eventually, make IRAD a much more representative structure. The recognition of IRAD's research potential by foreign experts corroborates the adage: "No one is ever a prophet in his own home". 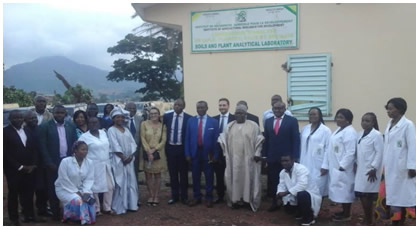 It should be noted that thepanel of experts of the OEACP in collaboration with the European Union (EU) led by Professor David SIMO stayed in Cameroon to see how to provide technical support to the government, through MINRESI managed by Dr. Madeleine TCHUINTÉ, in the establishment of a national strategy of research and innovation.

Advancement in rank: 48 applications of IRAD researchers evaluated by the ad hoc Commission in Yaounde 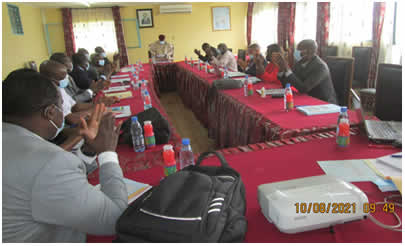 These are the 48 applications examined by the 17 members of the ad hoc committee for the evaluation of researchers of the Research Institute for Agricultural Development (IRAD) chaired by the Director General, Dr Noé WOIN.

To this effect, the work of the ad hoc Commission of 10 and 11 August 2021 was solemnly opened by the DG of the Institute in Nkolbisson. In strict compliance with the barrier measures against the COVID-19 pandemic prescribed by the government.

"I can't praise enough the improvement in the frequency of these meetings, which give researchers the opportunity to be evaluated in real time," said the IRAD Director General at the start of the proceedings. He went on to acknowledge that "this provision contributes significantly to the qualitative and quantitative improvement of the scientific production of researchers and therefore improves the visibility of the Institute". The largest of the structures under the Ministry of Scientific Research and Innovation (MINRESI).

For a credible and transparent promotion process, Dr Noé WOIN prescribed the evaluation of "the quality of work by field in accordance with the provisions of the Decision of 25 May 2021 of Mrs. MINRESI, Dr. Madeleine Tchuinté.

In order that no one should be unaware of this, the principles that should guide the debates were recalled by the leader. In particular, the effective contribution of all during the exchanges, in a spirit of openness, mutual respect, equity and perfect collaboration; and sufficient rigour in their approaches. It is true that the researchers' careers depend on the results of this evaluation.

To boost local production and processing of wheat (scientific name Triticum ssp) in Cameroon, the Head of State, His Excellency Paul BIYA, concerned about the food security of his compatriots, has ordered a special grant to the Institute of Agricultural Research for Development (IRAD).
The good news widely welcomed by the great family of research in general and IRAD in particular was made public on July 5, 2022, by a letter from the Minister of State, Secretary General of the Presidency of the Republic (SG/PR), Ferdinand NGOH NGOH.
Indeed, for several years, the Institute, the secular arm of the State of Cameroon in terms of agricultural development, headed by Dr. Noé WOIN, has been setting up wheat experimentation plots throughout the country. As a result, IRAD currently has about twenty varieties, four of which (IRAD1, IRAD2, Banyo and Bamenda) are known to perform well and are likely to give good results in the agro-ecological zones of Cameroon.
It should be noted that wheat is the main raw material for making bread, doughnuts, etc., which are widely consumed by Cameroonian populations. And the war in Ukraine has led to the scarcity of this speculation whose importation makes, moreover, the public treasury lose hundreds of billions of CFA francs each year. 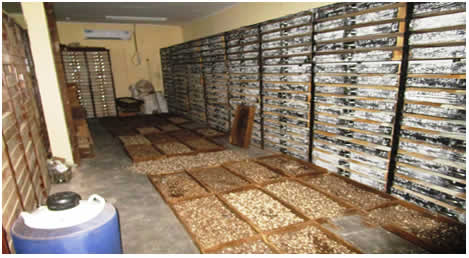 IRAD has never achieved such a great performance in the development of the oil palm sector, through its Specialized Station of Agricultural Research on Oil Palm of Dibamba (Littoral region).

Indeed, thanks to the support of the African Development Bank (ADB), the recruitment of new researchers and good governance driven by the Director General, Dr. Noé WOIN, the Station IRAD-Dibamba has made available more than 5 000 000 (more than 25 000 ha of palm groves, that is to say 200 germinated seeds per ha and an average of 5 000 bunches of assisted fertilization harvested) of 100% Tenera seeds (with the possibility of going further).

Tenera is a hybrid variety obtained from the crossing of Dura (female parent) and Pisifera (male parent). A variety with a very high yield (3.5 to 4 tons of palm oil per hectare per year) and tolerant to fusariosis (cryptogamic disease that attacks more oil palms).

It is a variety recommended for the regions of the South-West, the North-West and the West, which are more affected by fusariosis.

Very early, Tenera, unlike Dura (low yield) and Pisifera (abortive), starts to produce from 3 years for a continuous exploitation at least 25 years. For one hectare of land, it requires 143 plants.

Researchers at the IRAD-Dibamba Station are unanimous in recognizing that the ADB-funded project (PD-CVA) has significantly improved the yield of palm groves in terms of bunches (2,000 to 3,000 t) during 2019 and 2020, the maintenance of plots (pruning, trimming, gyro-cutting and roto-cutting) and the increase of casual labor.

For the record, the PD-CVA supported by the pan-African institution is an initiative of the Cameroonian government that focuses on improving the competitiveness of the pineapple, plantain and oil palm sectors, and the creation of jobs and wealth to reduce poverty through the contribution of agricultural value chains in the three sectors.